Diabetes can have serious health implications that affect life expectancy. The impact depends on various factors, such as how soon a person receives a diagnosis and treatment, and how well they and their healthcare team manage the condition.

Other influential factors include the severity and progression of symptoms, any complications, and how the body responds to treatment.

When they get a diagnosis of type 2 diabetes, many people ask how it will affect the length of their life. Diabetes is complex, with many variables and possible complications, and each person is different. It is hard to know how the condition will affect an individual’s life expectancy.

However, it appears likely that, with an early diagnosis and effective management, many people can expect to live as long as those without diabetes and to have a good quality of life.

This article will look at the factors that influence a person with type 2 diabetes’ life expectancy and how to maximize it. 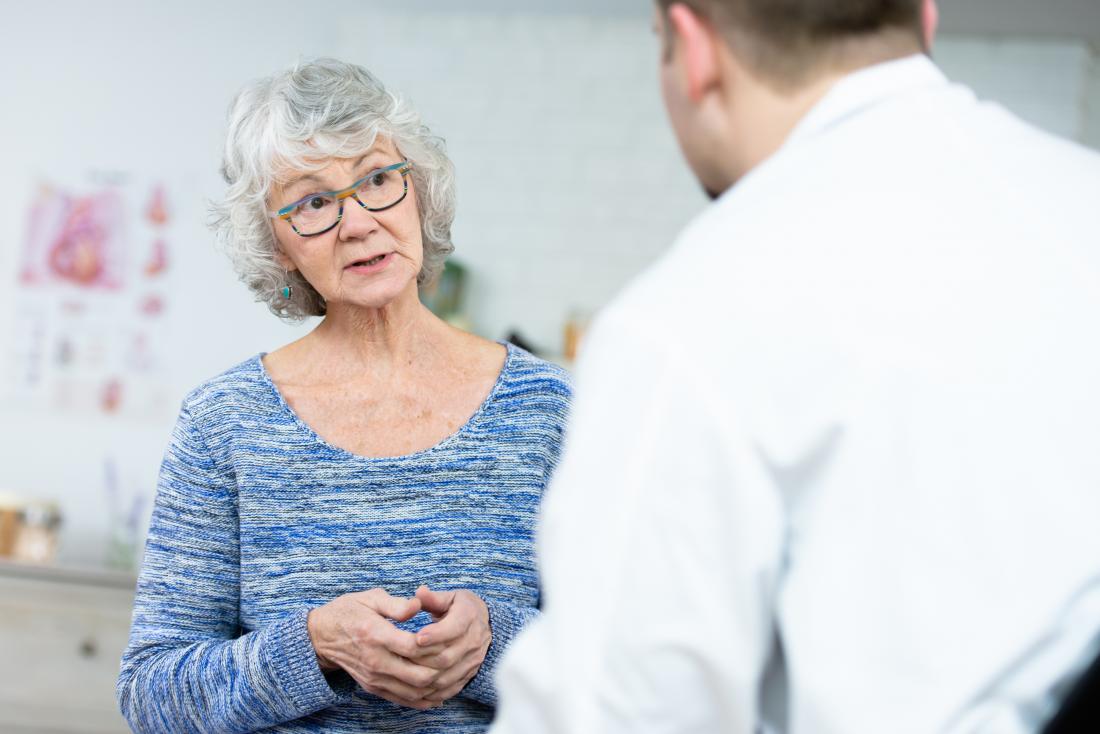 On receiving a diagnosis of diabetes, people often want to know if it will affect their life expectancy.

Type 2 diabetes is a complex condition with many variables. At the time of diagnosis, the doctor will not be able to tell how the condition will affect a person’s life expectancy.

expectancy by up to 10 years, while type 1 diabetes reduced it by at least 20 years, on average.

According to the Centers for Disease Control and Prevention (CDC), in 2014 and in the United States, the average life expectancy at birth for males was 76.4 years. For females, it was 81.2 years.

The CDC estimated that 24.8 people in every 100,000 died of diabetes-related causes in 2016. They noted that diabetes was the seventh most common cause of death in the U.S.

It is important to note that the CDC figures do not distinguish between types of diabetes. Also, they do not indicate the effect that the condition has on a person’s lifespan.

A 2012 Canadian study calculated the effects of diabetes on life expectancy at 55 years of age. They found that the disease caused an average reduction of 6 years in females and 5 years in males.

In 2015, a study published in the New England Journal of Medicine concluded that the following could reduce the risk of death linked to type 2 diabetes:

The European Heart Journal published, in 2008, a study that estimated outcomes for people with type 2 diabetes and the effects of intervention methods, such as lifestyle changes and medications.

The range of estimated life expectancies is wide, depending on a person’s age, lifestyle factors, and treatments.

At that time, for example:

These figures and findings reflect:

how varied life expectancy is for people with diabeteshow this estimation can change, depending on medical intervention

In 2017, the American Diabetes Association noted in a report on standards of care that diabetes is a “complex, chronic illness requiring continuous medical care with multifactorial risk-reduction strategies beyond glycemic control.”

While new medications and screening techniques continue to improve diagnostics and treatment, a move toward personalized strategies is also underway. These can all contribute to a better outlook for people with diabetes.

What increases the risk?

A healthful diet with plenty of fiber can help improve the life expectancy of people with diabetes.

Anything that worsens diabetes or increases the risk of developing it is likely to also shorten the life expectancy of a person with the disease.

Common risk factors that can decrease life expectancy in people with diabetes include:

Being overweight or having obesity, particularly if it involves excess fat in the abdomenHaving a diet that is low in fiber and high in sugar, fat, and saltSmokingEngaging in low levels of physical activityGetting little sleepHaving high levels of stress

The following health issues can have the same effect:

In addition, the longer a person has diabetes, the more likely it is to reduce life expectancy.

Likewise, the younger a person is when they receive the diagnosis, the higher the risk that diabetes-linked complications will shorten their lifespan.

However, making healthful lifestyle changes can go a long way toward reversing diabetes in its early stages and preventing a person from developing it altogether.

High blood sugar levels put stress on the body and can damage the nerves and small blood vessels, decreasing circulation.

This means that the heart has to work harder to deliver blood to the body’s tissues, especially those furthest away, such as in the feet and hands.

The increased workload damages the heart’s own blood vessels. This can cause the heart to weaken and eventually fail.

A lack of blood reaching the body’s other organs and tissues starves them of oxygen and nutrition, which can cause them to die. Doctors refer to this as necrosis.

The American Heart Association (AHA) estimate that adults with diabetes are two to four times more likely to experience fatal heart disease than those without diabetes.

Among people aged 65 or older with the disease, the AHA report that:

Recommendations for increasing life expectancy in people with diabetes are similar to management and prevention tips.

A person should limit the consumption of foods that contain simple sugars, such as juices and candies, as these can cause blood sugar spikes.

Also, it is better to eat complex, rather than simple, carbohydrates.These are in whole grains and legumes, for example.

The Office of Disease Prevention and Health Promotion recommend that adults get at least 150-300 minutes of moderately intense aerobic exercise each week, such as brisk walking or dancing.

In people with excess weight, losing 5-10 percent can significantly reduce the impact of diabetes.

Tracking these levels allows a person to identify peaks, and they can then address the cause. Also, medications such as Metformin can help stabilize blood sugar levels, but only if a person takes them as the doctor prescribes.

This includes attending regular screenings and following the doctor’s instructions about lifestyle strategies and medications.

Many health conditions can increase the effects of diabetes, such as kidney and heart disease, high blood pressure, and high cholesterol. Cardiovascular disease is the main cause of death among people with diabetes.

For people with atherosclerosis and cardiovascular disease and type 2 diabetes, 2018 guidelines recommend that doctors prescribe medications for these issues as part of an overall diabetes treatment plan. 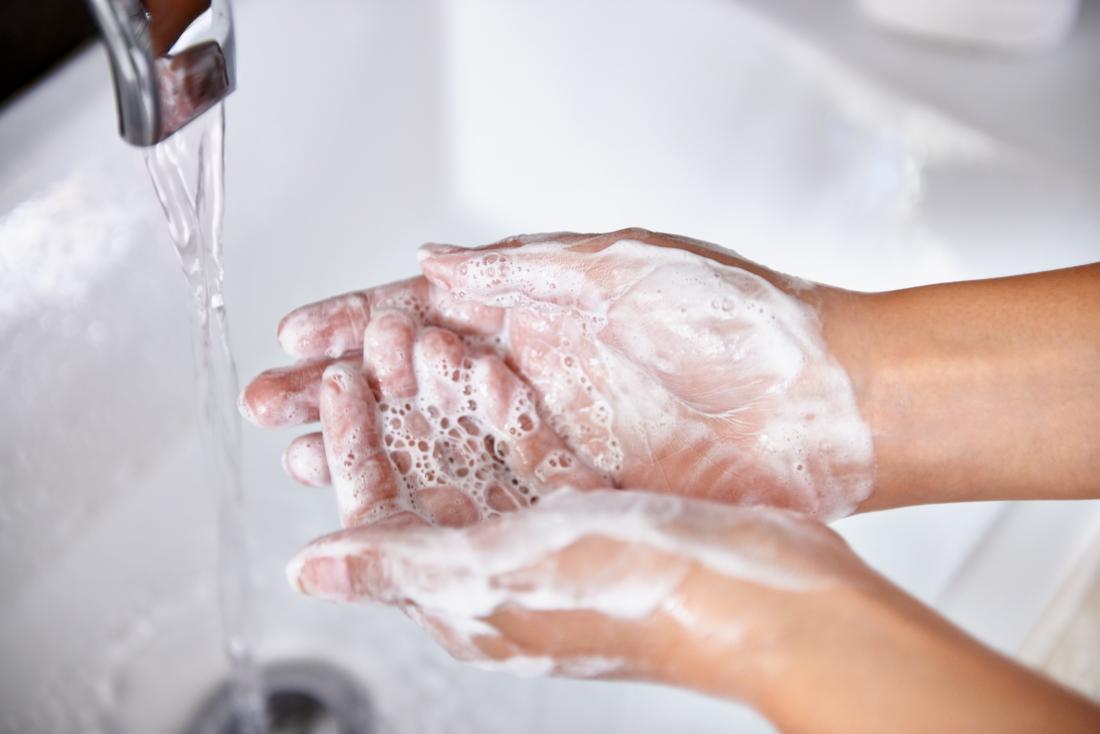 Regular hand-washing can reduce the risk of infections.

People with diabetes have a higher risk of developing infections, such as influenza, pneumonia, and urinary tract infections.

*Also, skin wounds can take longer to heal, and if they become ulcerated, amputation may be necessary. This can reduce a person’s life expectancy, according to the research charity Diabetes UK.

*To prevent these complications:

practice good hygiene, including hand-washingget routine vaccinations to protect against the flu and other illnessescheck the feet and the rest of the body regularly for wounds that may need attentionseek medical help early for infections, including chest infections

Stress stimulates the release of hormones that can raise blood sugar and interfere with insulin regulation. Yoga, meditation, and speaking with a mental health professional or counselor can help combat stress.

These include getting enough sleep and refraining from smoking. 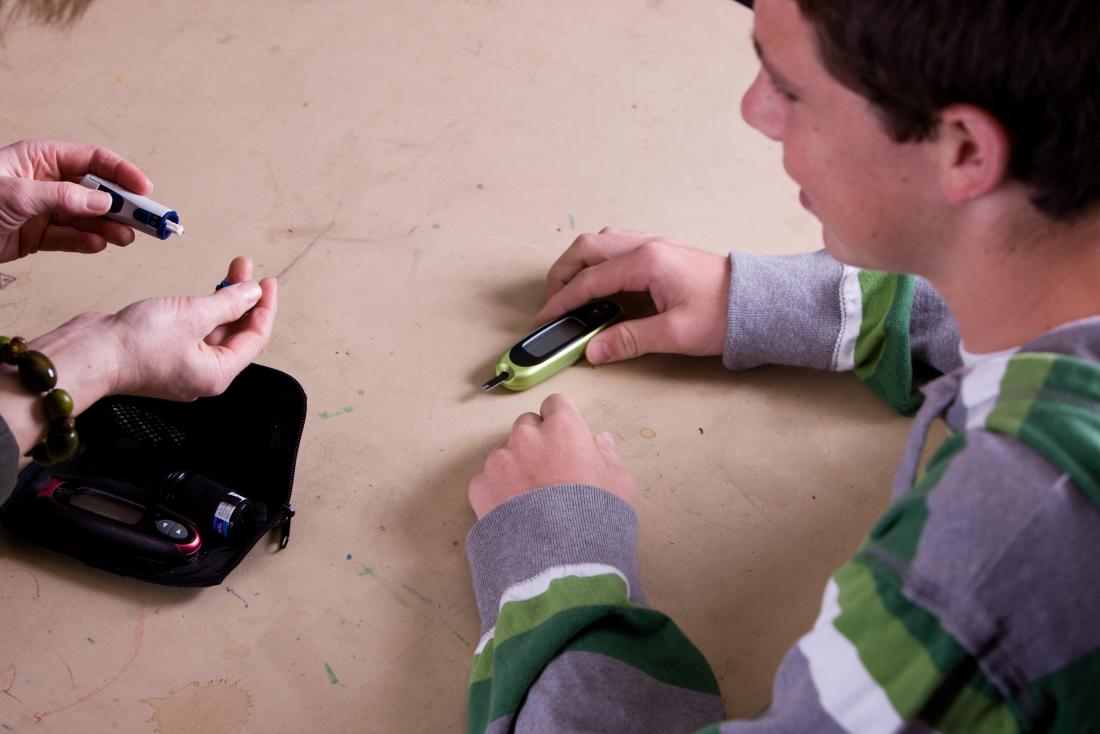 Learning how to manage diabetes can improve a person’s quality of life and lower the risk of complications.

A 2016 meta-analysis that included data from over 13,000 people found that those who engaged in self-management diabetes plans appeared to have longer life expectancies than those who did not.

Learning about the condition can equip people to manage their diabetes more effectively than if they are solely dependent on their healthcare provider.

In a self-management education program, a person learns the skills they need to manage their condition. This can improve quality of life, reduce costs, and reduce the risk of complications, according to the Centers for Disease Control and Prevention (CDC).

Anyone interested should ask a doctor about programs in their area.

Type 2 diabetes is a serious condition that can lead to life-threatening complications.

However, by adopting effective management strategies, there is a good chance that many people with type 2 diabetes can expect to live as long as a person without the condition.

A person should learn as much as possible about the condition, follow their treatment plan, maintain an active lifestyle and healthful diet, refrain from smoking, and receive prompt treatment for complications, such as infections and cardiovascular disease.

What Is Diabetic Nephropathy?

What Are the Symptoms of Diabetic Nephropathy?

There are often no symptoms with early diabetic nephropathy. As the kidney function worsens, symptoms may include:

*Abnormalities in the heart’s regular rhythm, because of increased potassium in the blood

As kidney damage progresses, your kidneys cannot remove the waste from your blood. The waste then builds up in your body and can reach poisonous levels, a condition known as uremia. People with uremia are often confused and occasionally become comatose.

How Is Diabetic Nephropathy Diagnosed?

Certain blood tests that look for specific blood chemistry can be used to diagnose kidney damage. It also can be detected early by finding protein in the urine. Treatments are available that can help slow progression to kidney failure. That’s why you should have your urine tested every year if you have diabetes.

How Is Diabetic Nephropathy Treated?

Lowering blood pressure and maintaining blood sugar control are absolutely necessary to slow the progression of diabetic nephropathy. Some medicines called angiotensin converting enzyme (ACE) inhibitors can help slow down the progression of kidney damage. Although ACE inhibitors –including ramipril (Altace), quinapril(Accupril) , and lisinopril (Prinivil, Zestril) — are usually used to treat high blood pressure and other medical problems, they are often given to people with diabetes to prevent complications, even if their blood pressure is normal.

If a person has side effects from taking ACE inhibitors, another class of drugs called angiotensin receptor blockers (ARBs) can often be given instead.

If not treated, the kidneys will continue to fail and larger amounts of proteins can be detected in the urine. Advanced kidney failure requires treatment with dialysis or a kidney transplant (if the patient feels he or she desires this treatment plan.)

Alzheimer’s and Dementia: What’s the Difference?